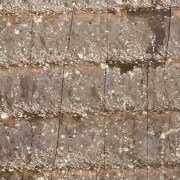 WHAT IS WEAR PLATE?

However, various significant refinements and strategies have occurred. And as of present, the range of overlay plate accessible includes chromium and tungsten carbide grades, which possess excellent resistance to abrasion, impact, and erosion even at both ambient and elevated temperatures. Meanwhile, in the more significant part of critical abrasion surroundings, the chromium carbide alloys are the primary profitable solution.

what is wear plate Alloy Chemistry

The highest ordinary used alloy facing is a high chromium iron consists of precisely 1/3 of Chromium and in surplus of 4% combined carbon.

Meanwhile, this standard alloy can be changed in many different ways; it can improve the abrasion resistance while lowering the toughness, or the other way round. On the contrary, the matrix can be made harder by reducing the manganese to 1%, with some reduction in firmness. Also, further refinement may be accomplished by the addition of other alloying elements.

The substance that provides high chromium powder alloys with their capability to withstand abrasion is the establishment of primary carbides from a chemical compound of iron, Chromium, and carbon, or iron, Chromium, or carbide, which is also known as chromium carbide. Pure, high rate chromium carbide can be manufactured; however, it is costly for large-area preservation, so WALDUN makes use of mixed carbide, which involves both Chromium and iron. This makes up the primary carbide with the formula M7C3, where M specifies the mixture of metal and Chromium in the compound.

A standard (WED100) overlay alloy consists of a compound of chromium carbides in a matrix of a chromium iron-carbon alloy. The hardness of primary chromium carbides is proportionate of 1700HV correlate with. For instance, ordinary workshop steel files, with firmness of 600HV. In general, the hardness of these alloys can be calculated using a Rockwell hardness tester. Even though it neither measures the carbide or the matrix, it gives an agreeable general proof of the hardness of the alloy. An average value of being 54-60 HRc.

In the extension of chemistry, the most significant characteristic of the alloy overlay is its microstructure. Hence, when checked out under a microscope, the carbides will take the form of white substance against a dark background, that that’s the matrix. A perfect microstructure, for more excellent abrasion resistance, must have a dense array of needle-like carbides that, in cross-segment, look as slender hexagons with a small hole in the middle.

Moreover, whenever you notice an appearance of uneven shaped spots or avenues of white. Such as either ladder, fish-bone patterns, or central poles with rungs on any of the sides. This is a sure sign that the carbon content is beneath optimum for high abrasion resistance, but it has also improved impact-resistant properties.

Different chemical properties are shown below.

The primary carbides which can be recognized by their crystalline arrangement. Hence, when cutting via a perpendicular plane, they take the shape of hexagonal. Not minding the angle of the cut, the primary carbides always form with a black cavity close to the middle, have sharp corners, and are well established with structures towards the dark matrix background.

This micrograph reveals an alloy of the lower optimum compound with no clear visibility for primary carbide structures. Most of the chromium content has clear visibility as white specks in the matrix. Lower carbides appear as the round or fish-bone pattern. Thus, this type of alloy is most appropriate for high impact implementation.

Improving the carbon and chromium content leads to the formation of primary carbide structures, which takes shape as lighter hexagonal forms in a darker matrix.

Take note of the clear visible cavity inside each crystalline-arranged primary carbide.

Meanwhile, this particular sample is the first that align within the advisable 4%to 5% carbon range, which indicates preferable primary carbide development. The arranged structures are well differentiated with ease from the dark matrix, with a perfect view of the display of primary carbides cut crosswise (it has smaller hexagonal shapes), lengthwise (it has the lengthy needle-like way, middle), and transversely (top right corner, having the hollow center represented as an elongated cavity). In addition, the density of the carbides, which occurs within the matrix material, is found at the lower end of the recommended 35% to 35% range.

However, this micrograph exhibits the primary carbides as well defined and clear visibility occurring within the dark matrix substance. Also, rests assured that the elongated display of the middle cavity of each primary carbide crystalline structural arrangement when it is cut at an angle. The density is perfect within the recommended 35% to 45% range, with equal distribution, which helps give outstanding wear characteristics.

Meanwhile, in this last sample, the primary carbide structures are at their highest density, which is within the range of 35% to 45% — thereby forming an alloy with the highest wear resistance without dealing with too much brittleness. Also, there is still an available ample matrix substance to hold the primary carbides in place. However, with the patterns of crystalline development at right angles, which can be seen with ease, alongside with the characteristics hexagonal crosscut shapes. Also, the overall ways in the form of needle-like and every one of them have a central cavity.

View the WALDUN Plate scope, and it gives comprehensive details of the properties of each alloy formulation and its appropriateness for specific service conditions.

what is wear plate Appearance

The appearance of an overlay wear plate doesn’t indicate it’s resistance to wear. But it is mostly the less cosmetically appealing substances that have the proper mechanical properties.

However, when the carbon content of the overlay moves beyond the 4% range, then the facing becomes more and more viscous, which gravitates to be kind of uneven. However, it may still have some small holes, which happens to be elongated down to the base plate. For the majority uses, this absence of smoothness is insignificant.

Therefore, if a smooth surface finish is significant; for instance, when substance flow is analytical, more continuous surfaces can be manufactured by the use of the submerged arc welding process to deposit the overlay.

The presence of stress relief cracks is one more feature of a high-quality plate. Hence, this is different from the earliest perception, are even favorable to this material. The appearance of cracks in the hardfacing, at the proper frequency and spacing, enables the plate to be rolled, formed, and bent free from any impairment. Moreover, this feature is one of the critical trademarks of WALDUN’sWALDUN’s hardfaced plate patents.

what is wear plate Basic Applications

In applications, WALDUN WED200 common purpose chromium carbide overlay plate usually can provide up to a maximum of 20 times the life of carbon steel. Combined with its multiple purpose characteristics, this is the main aim why WED200 plate has become a great cost savings in the production of glass, aluminum, cement, asphalt, power, petrochemicals, pulp and paper, mining, steel and synfuels, as well as in dredging, oil refining, food and refuse processing, and many material-handling applications, such as scrape and steel recycling.

The steel manufacturing industry, for instance, needs to wear protection for hoppers, conveyor liners, and grizzly bears that fast wear away without hardfacing protection.

Hence in mining, the absence of hardfacing protection, critical components, for example, front-end loader liners, chute liners, and wear pads lose before the usual time their functionality due to the effect of silicious matter.