For more than 15 years, Waldun has been the most trusted tungsten carbide plates and sheets manufacturer in China.

Waldun can produce the specific tungsten carbide plates you need for your machines! We’ll be the best and the most effective solution you’ll encounter in the market!

We have tungsten carbide sheets and plates that vary in grades. Whether you need Y615, YG8, K20, K10, or any other type, Waldun can help you in manufacturing it.

The tungsten carbide plates that Waldun is offering are made specifically to enhance the wear resistance of a certain part or component.

You can also use Waldun’s tungsten carbide plates to fully restore the dimensions of a certain part through welding overlay.

Therefore, it’s safe to say that Waldun’s wear resistant, tungsten carbide sheets and plates are the best types of wear plates you can use to:

Corrosion and wear resistance; and

Our tungsten carbide plates are made from materials that have high wear resistance like cast iron with high chromium. Waldun’s tungsten carbide sheets and plates have a combination of high toughness and hardness. It will be able to resist and withstand vibration and impact more effectively.

In addition, the tungsten carbide plates and sheets we have are 10 to 15 times higher than usual and ordinary materials because of the hypereutectoid layers that we integrate.

Waldun can also manufacture and produce many variations of our tungsten carbide plates; which vary from thickness, hardness, and physical performance.

Rest assured that when you choose Waldun’s tungsten carbide plates, your parts would be more resistant to temperature, impact, corrosion, and other types of wear.

Where Can Waldun’s Tungsten Carbide Plates be Applied?

Wear is most common in machines and equipment that experience friction. That’s why it’s the most applicable in various industries, including: Waldun has been the most trusted tungsten carbide plate manufacturer for almost 2 decades. We never fail to give our clients the best experience they can get!

We offer a free sample of the products we can deliver

We can create and manufacture high quantities of tungsten carbide plates

We have the best aftersales services

Other Products We Offer

Give us a quick buzz and get the highest quality of tungsten carbide plates in the market for a reasonable rate!

Have your orders delivered within 2 to 3 weeks with utmost precision and accuracy! Have us specify the kind of tungsten carbide sheets and plates you need!

Tungsten carbide wear plate is composed of Q235 or Q345 steel plate and wear-resistant layer. The base of the wear-resistant layer is metallurgic bonding, which fixed with low hydrogen sodium type flux-coated welding wire and other individual welding electrodes. One or more layers can compound it.

Due to the stress release, uniform transverse cracks produced on the surface of the composites, but the effect of the application is not affected. The composite wear-resistant plate has its unique metallographic structure, fiber-like distribution, hardness can reach 60 ~ 75 degrees (according to the field wear conditions, conditioning) .

The wear-resistant layer of the wear-resistant plate is mainly Tungsten Carbide, and it also contains chromium, manganese, niobium, nickel, and vanadium, forming alloy carbide, high hardness can be maintained below 700°C to ensure regular use.

GET A FREE QUOTE!

Among the many types of wear plates, tungsten carbide plates are part of the most famous. Because of the durability that it has, it easily became one of the favorites and the best.

Should you be wondering what it is, this guide will tell you everything about it. Today, you’ll know many more things about tungsten carbide plates & sheets; from what it is, how it can help you, and what you need to do.

Let’s review each of them in details.

Carbides are known to be the basic building blocks of cutting tools and equipment. It is a binary compound with carbon as its base element. 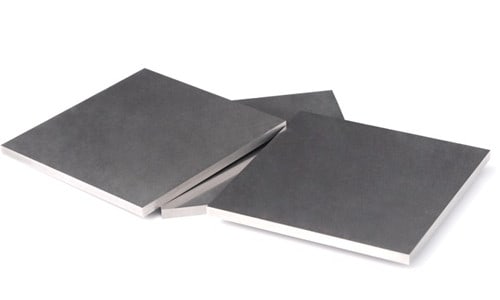 It is then made carbide when you combine it to an element with a decreased electronegativity.

What is a Carbide Plate?

It is a plate made out of different compounds and elements with carbide as its base. You use it to improve or enhance a certain part or material in terms of utility and effectiveness.

The most common other elements that you can combine it with include:

What are Some Examples of Carbide Plates?

There are a lot of different types and kinds of carbide plates in the market. There are even companies innovating on different electromagnetic structures and compounds.

However, the most common types and kinds of carbide plates include the following:

There are more types and kinds. However, these three are among the most sought after and the most known because of their uses.

What are Carbide Wear Plates?

They are steel plates with a composite alloy cladded onto them. Technically, it’s the same as a carbide plate – you can use the two interchangeably.

Both have the same uses and the same purposes why they were created.

What are Boron Carbide Plates?

A Boron carbide plate is a type of plate that is perfect for low temperature applications. 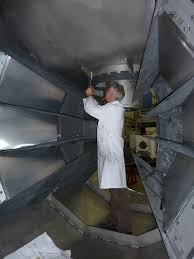 It’s typically harder than Silicon Carbide and Alumina. When exposed to high temperatures, it can produce a protective skin or coating, because of its oxidation product.

You can use Boron carbide plates for various low temperature, high-pressure applications like:

What are Silicon Carbide Plates?

Silicon carbide plates or SiC, is a compound made from oxygen and Silicon Metalloid.

Its natural color is black and it can be used in high-hardness and high-impact applications.  While it’s not as hard as B4C, Silicon carbide has its own applications, some of which include:

What are Tungsten Carbide Plates?

Tungsten carbide plates or WC are the known to be the hardest of all. Made from Tungsten metal and Carbon, they’re also known by the nickname “Hard Metals.” Sitting next to it is diamond – which is named as the hardest material on earth. Because of this property, its usual applications would include high-impact and stress situations.

The most common example of its applications are:

Where is Carbide Found? You can get huge loads of it in China and neighboring countries; we’re not just sure if you can get it elsewhere.

You can get it from mining site.

Where Can You Use Carbide Plates?

Carbide plates boast of its ability to have a wide variety of uses. The most common uses and applications would be in the following industries:

Apart from its usual use, they’re also used for heat and wear-resistant parts.

You can also use and see them for making and creating progressive tools and equipment.

How are Carbide Plates Produced?

Different types and kinds of carbides have different procedures and processes. Ideally speaking, the most general process would involve heating the material (Tungsten, Silicon, or Boron), with the Carbon to high and demanding temperatures.

Usually, you’d need to heat it in a graphite resistant furnace to avoid unwanted reactions. This can create and form fine powder or a mass that needs to be crushed and milled appropriately. Then, that’s when you can use it.

In case you’re looking for Tungsten carbide plates, there are a lot of manufacturers online.

However, you might not get what you’re expecting because you won’t see and feel it firsthand.

So, in buying or purchasing Tungsten carbide plates, it is best to:

What is a Tungsten Carbide Plate?

It is a kind of wear plate that is made from tungsten steel material. 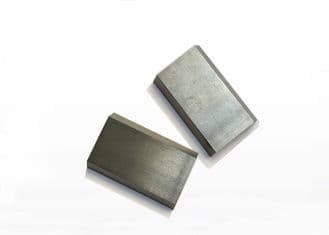 You might be confused when you hear tungsten steel plate; it’s the same.

What is Tungsten Carbide?

To understand better, let’s dissect it from the two (2) compounds.

Tungsten is seen as a dark and glossy type of element with “W” as its symbol. Carbide, on the other hand, is a compound of carbon with another element; preferably of a comparable or a lower level of electronegativity.

Tungsten carbide is a chemical compound that has the same parts of carbon and tungsten.

How Tungsten Carbide is Prepared and Created It’s not a naturally occurring material; it’s created and produced. The process is actually simple:

After making tungsten carbide, what is the process of manufacturing plates? Here’s a quick summary of the complex procedure:

This is the general process of how tungsten carbide plates and other materials are made. Differences with procedures would depend on your manufacturer or the company you’ll work with.

What Properties Do Tungsten Carbide Have? The following are the given physical and chemical properties of tungsten carbides:

These are just the most common properties tungsten carbide plates have.

What’s the Most Basic Form of Tungsten Carbide? In its simplest and most basic form, tungsten carbide is a gray powder that has fine texture.

What are Tungsten Carbide Sheets? 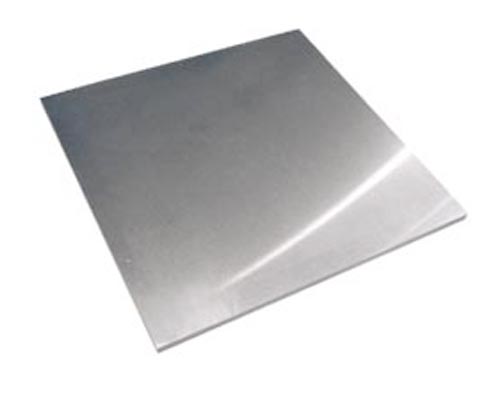 Similarly, it also has a considerable amount of resistance to high impact and high temp areas.

Where Can You Use Tungsten Carbide Plates?

You can use tungsten carbide plate for many different things. Its most famous is in the line of jewelry.

However, you can also use it for cutting tools and machinery. The most common applications for the use of tungsten carbide plates include:

How Many Grades Do Tungsten Carbide Have?

Moreover, it’s sold in more than 1,500 different trade names by thousands of companies. You can find it anywhere!

What Composes a Tungsten Carbide Plate?

Usually, it’s made up and composed of Tungsten (W) and Carbide (C) and raw materials. The plate is made through high heat and temperature.

How Can Using Tungsten Carbide Plates Benefit You? 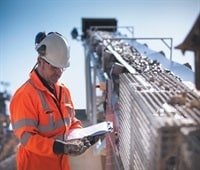 Since they’re used for their hardness and resistance, you can find it beneficial in different ways:

You will find many benefits to it depending on how you’ll use it; whether for the prevention of wear, development of resistance, prolonging the lifespan of parts, etc.

Overall, it’s safe for you to think that it’s the strongest material you can add to your parts.

It follows the same structure of how usual wear plates are hardfaced and cladded. For hardfacing, it can be through thermal spraying, spray fusing, or welding. 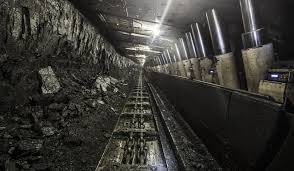 For cladding, however, you would need a tungsten carbide electrode instead of a plate. You will weld the material into the part of the equipment or the component.

Where Can You Get Tungsten Carbide Plates & Sheets?

There are a lot of manufacturers and organizations that produce tungsten carbide plates. In fact, as we mentioned above, there are over 1,500 trade names of tungsten carbide.

But if you’re going to need it, wouldn’t it be better if you source it from a trusted company? Here in China, there’s no other company more trusted than us here at Waldun.